In the framework of the 9th Ibero-American Congress on Contamination and Environmental Toxicology, under the theme "Advances in environmental toxicology in the face of the emerging challenges arising from global contamination", which celebrated in Blumenau , SC, Brazil, from November 29th to December 2nd, 2021 an exhibition was held on Interaction between Eisenia fetida and agricultural plastic waste in vermicomposting process” – Recover Project-.

The presentation explained how the use of plastics in intensive agricultural systems contributes to the generation and accumulation of plastic residues in soils with negative effects on the environment. The global consumption of plastics in agriculture amounts to 6.5 million tonnes annually. Currently, 31% of plastic waste ends up in landfills and 39% is incinerated (Scarascia-Mugnozza et al., 2011; European Commission, 2018), which is why the development of biotechnological strategies to address this challenge in the agro-industrial sector is urgently needed.

The use of vermicomposting is a successful technique in the transformation of organic waste and can provide a complementary solution for the biodegradation of this plastic waste material. The main objective of this research has been the comparative evaluation at microcosm level of the effect of the presence of different types of plastic (LLDPE, LDPE and EPS), commonly used in agriculture, on an earthworm community (Eisenia fetida) during the vermicomposting process.

The experimental design consisted in the incubation under controlled conditions (20ºC ± 2 in darkness) using Petri dishes (ø15 cm) of (n=50) citellated individuals of earthworms of the species Eisenia fetida with plastic material (LLDPE+LDPE and EPS) in proportion (1.25 % w/w, particle size 1x1 cm) in 80 g of substrate obtained from a commercial compost pile.

Additionally, two controls were performed, the first one contained the substrate and plastic mixture without the addition of worms and the second control contained only substrate inoculated with worms without the addition of plastic. The boxes were opened after 45 days and the health status of E. fetida was examined by measuring the main biomarkers related to oxidative stress and potential enzyme activity generated in the substrate and plastic biofilm induced by earthworm activity. A significant decrease (p<0.005) in Eisenia body weight was observed in all treatments with a constant trend during the study.

The dose of plastic added to the substrate was not toxic to the earthworm, although in the treatments with plastic the mortality rate and weight loss was higher, signs of oxidative stress were evident exactly in lipid peroxidation but there were no significant differences in the other biomarkers. There were significant differences in dehydrogenase, catalase and carboxylesterase activity between substrate and substrate attached to plastics or biofilm.

These differences indicate that the worms are able to express potentially plastic biodegrading exoenzymes, such as catalases and indirectly carboxylesterase, an enzyme involved in the detoxification metabolism of xenobiotics as endogenous substances (in our case plastics).

These preliminary results suggest that plastics act as biofilms supporting the detoxifying microorganisms and exoenzymes that earthworms stimulate with their activity, thus resulting in a possible complementary in situ bioremediation strategy where the interaction of earthworms with plastics in the soil plays a potential biostimulant role. Regarding the physico-chemical characteristics of the substrate, small differences were observed in the evolution of parameters such as pH, EC and TOC in the presence of the plastic material, although it cannot be affirmed that the materials tested and in the doses used, affect the degradative capacity of the earthworms. 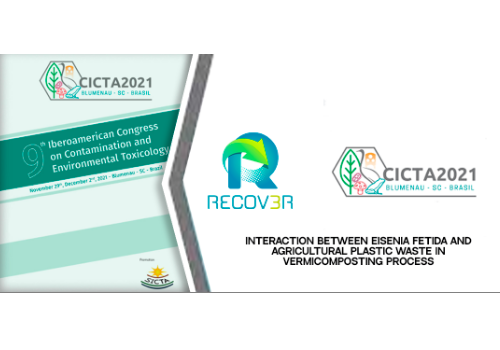 In the framework of the 9th Ibero-American Congress on Contamination…

by Raffaele Turri
Posted on 3 January 2022
Posted in Events 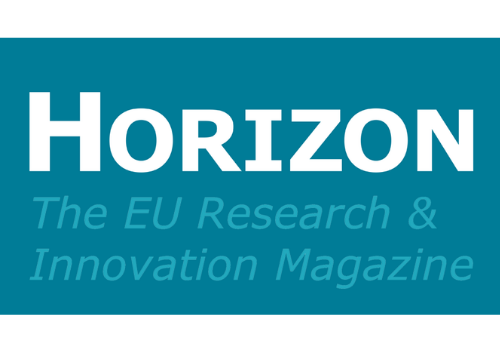 We are proud to appear on the  EU Research and…

by Raffaele Turri
Posted on 10 December 2021
Posted in News 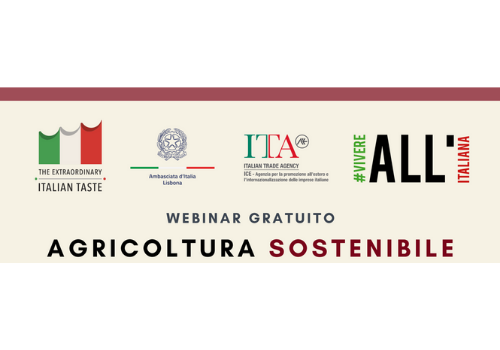 RECOVER at the Italian Chamber of Commerce in Portugal

RECOVER at Webinar “L’agricoltura Sostenibile” RECOVER will be introduced during… 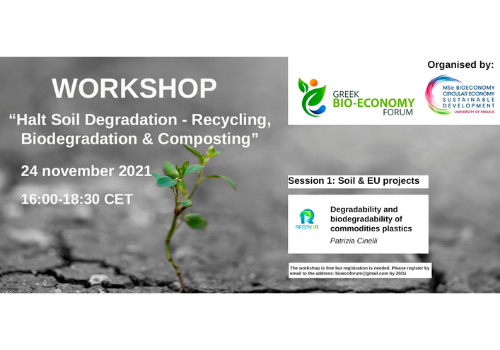 Dedicated to the celebration of World Soil Day, with its…

by Raffaele Turri
Posted on 10 November 2021
Posted in Events 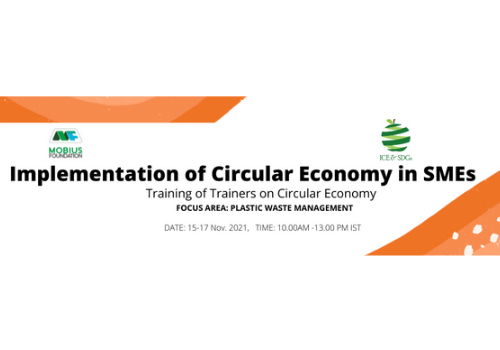 Circular Economy is the latest sustainability paradigm. It aims at…

by Raffaele Turri
Posted on 10 November 2021
Posted in Events 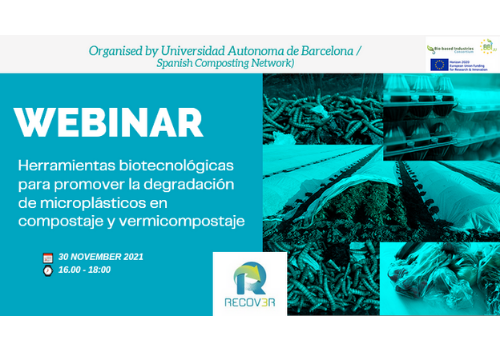 WEBINAR: Biotechnological tools to promote the degradation of microplastics in composting and vermicomposting

On 30th November, in the framework of the webinar organised…